Gardening in Cyprus - Jobs for April

April is the perfect month for people from a North European climate. The sun shines nearly every day, and the temperature averages a minimum of around 10c and a maximum of between 20-25c. There can still be rain, which can often be a heavy thunderstorm which may even contain hailstones, but these don't tend to last more than a couple of hours, after which the sun shines once again.  Locals still tend to wear long trousers and sweatshirts for most of April, but many tourists go around happily in T-shirts and shorts. April is a busy month in the garden and there is plenty to do to keep gardeners busy during the month. The following are some jobs you might want to do.

As the early flushes of flowers finish on daisy like plants such as marigolds deadhead for continuous flowering .

Make plantings of flowering plants, shrubs and trees. But first ensure that you prepare and improve the soil

Fertilise grape vines and give a good watering weekly 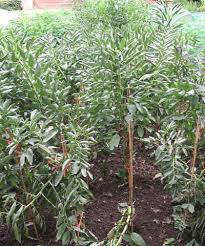 After harvesting peas and broad beans prepare the soil for summer crops.

Earth up potatoes to increase crops

Continue to pick and preserve oranges, mandarins, lemons and grapefruit while crops last.

For preservation ideas go for citruses go to  http://sites.google.com/site/cyprusgardener/home/preserving-and-storing-produce"

Plant out cucumber, melon and watermelon plants and start some more, for a later crop, from seed.

Happy gardening and if you require any further advice go to
http://sites.google.com/site/cyprusgardener/home
Posted by cyprus gardener at 14:11