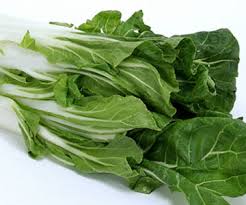 Chard we planted in December is now ready to harvest and we are always trying new recipes to use our crop. One locally suggested recipe is a traditional vegetarian Cypriot recipe. Why not give it a try.

Chard is a good source of vitamin A and C, rich in lots of trace elements and dietary fibre.

1. Remove the ribs and stems from the chard and cut into large pieces.
2. Heat the olive oil in a large pan and cook chopped onion until softened.
3. Add the water, tomatoes, rice, parsley and lemon juice. Season to taste and stir to combine.
4. Bring to the boil and stir in the chard.
5. Reduce to a simmer and cook for 15-20 minutes on a low heat, or until the rice has absorbed most of the water.
6. Take off the heat and allow to rest for 5-10 minutes before serving with a fresh roll.
Posted by cyprus gardener at 11:35