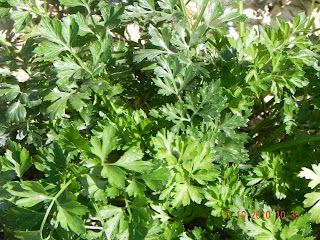 When we think of culinary herbs we think of those with aromatic leaves, like rosemary, basil, thyme and oregano. But there are herbs that concentrate their flavor in their seeds as well. Many cultures make good use of these flavoring seeds in their native cuisine. Caraway seeds add flavour to breads, anise and fennel are good  for sauces and tea, as are coriander seeds and cumin seeds add flavour to curries.
Seeds are usually ground to release flavour before they are added to cooking and will generally add a more intense flavor than leafy herbs. These flavoring seeds are easy to grow - you just need to wait for them to mature and gather them before they decide to reseed themselves but if some self-seed let them as you will have bonus harvests of them year after year.
Anise is an annual, native to Mediterranean and If you decide to grow your own, you will find the seeds much more potent than the commercial stuff found in supermarkets. Plant the seeds in a sunny spot and as the seedlings show, thin them to about 14cm apart. As the seed heads start to turn a gray-brown at the end of the summer, cut most of them and let them dry in a warm spot. The ones you leave will drop seeds for next year's crop.


Coriander seeds are essential ingredients in curries and sauces. The biggest complaint gardeners have with coriander is that it goes to seed too quickly. By reseeding successive crops, you can have a constant source of the leaves for your salads. Allow the seeds to turn gray or brown before you remove the seed heads. Spread them out to dry thoroughly before you store them. 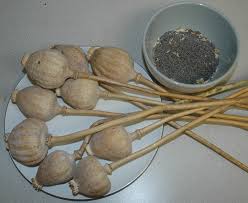 The poppy is a familiar plant in many gardens, most often springing up from the self-seeding of last year's annual flowers. The seeds contain none of the narcotic that is present in the rest of the plant, and are an important ingredient in baked goods such as breads and cakes.  Scatter seeds and rake them in and most will germinate, so thin the seedlings to about 10cm apart. They are trouble free plants, with gorgeous showy flowers and attractive seed heads that will prolifically scatter seeds if you don't get to them in time.


Cumin seed is widely used in cooking. It is familiar to those who cook Middle Eastern dishes, but not as common in northern countries. The flavor of cumin goes well with chick peas, beans and curries and can also be used in tomato sauces. Growing cumin is more difficult than other seed herbs, since it needs 4 months of warmth to mature. You should start the seeds indoors at least a month before and set the plants out only when the ground has warmed.


If you have never tried growing seed herbs why not try your hand at them this spring. Soon you may just have some of them coming up in odd spots in the garden year after year, an unplanned but bonus harvest.
Posted by cyprus gardener at 11:47