We always like to try something new every year and this year we tried growing yacon (Smallanthus Sonchifolius) a Peruvian white tuber. We planted eight plants. The plants produced 14 Kg of tubers

Some of the tubers were the size of a large sweet potato but most were smaller. They tasted quite nice but not as sweet as we expected given it is used to make a syrup.
The plant produces two types of underground tubers, ones for eating and small reddish rhizomes used for propagation (propagules). We have retained some propagules for next year but I think we will only grow a couple of plants.

To avoid frost damage to the propagules, we have brushed off all the attached soil and have left a couple of small tubers on to provide water for the propagules. We have stored them covered with shredded newspaper in a shed. We will take them out of storage in early Spring and remove propagules for planting individually into small pots.

So far we have tried the tubers raw in salads and chopped in a stir-fry and curry.  We have tried making them into crisps but think we cut them too thickly. We are yet to try them boiled, steamed or baked.
We have made some syrup but I don't know whether its worth the effort. We food processed 8.5 Kg of tubers and squeezed out the juice. Which was thenboiled and left to simmer for around 5 hours until it became a thickish black syrup. From 8.5 Kg we ended up with 375g of syrup, so to produce any significant amount we would need around 50 Kg of tubers. 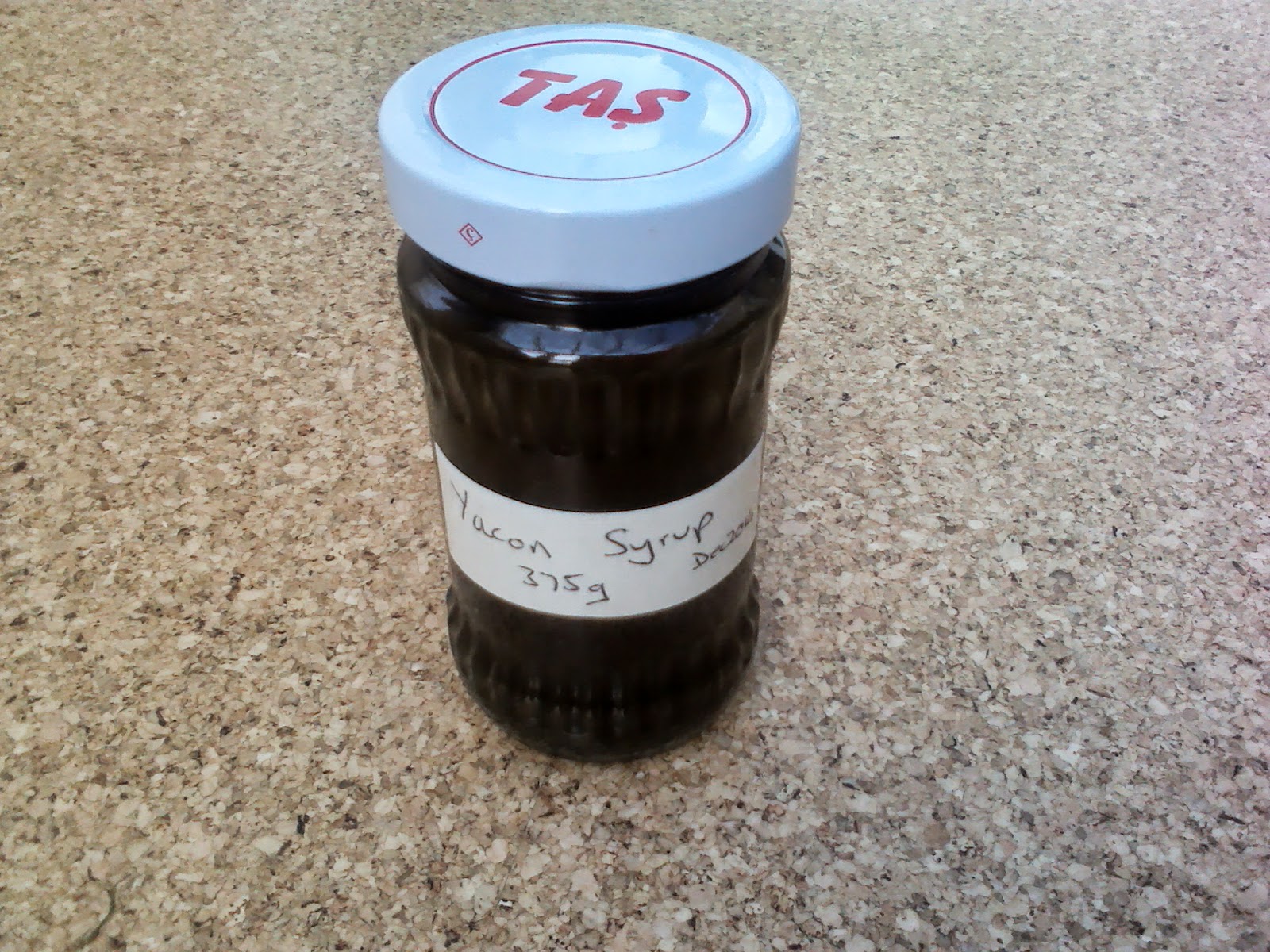 The syrup tastes sweet and very like pekmez made from carob. Overall an easy crop to grow but I don't think we will grow it in any significant amounts.

Given the amount of yacon tubers needed to produce the syrup, I can now understand why it sells for around £10 for 330g. It is being sold as a weight loss aid as a low calorie sugar alternative with lots of other health benefits. I think I would rather eat the tubers.
Posted by cyprus gardener at 14:21 No comments: