We are always on the lookout for new vegetables to try and have been researching into Yacon (Smallanthus Sonchifolius) a South-American perennial white tuber. The tuber has the added benefit that it can be turned into a syrup which is a healthy alternative to sugar. A syrup which is glucose free and does not increase blood sugar levels.

Thanks to a kind donation we have planted some propagules on 13th February and they are growing well. 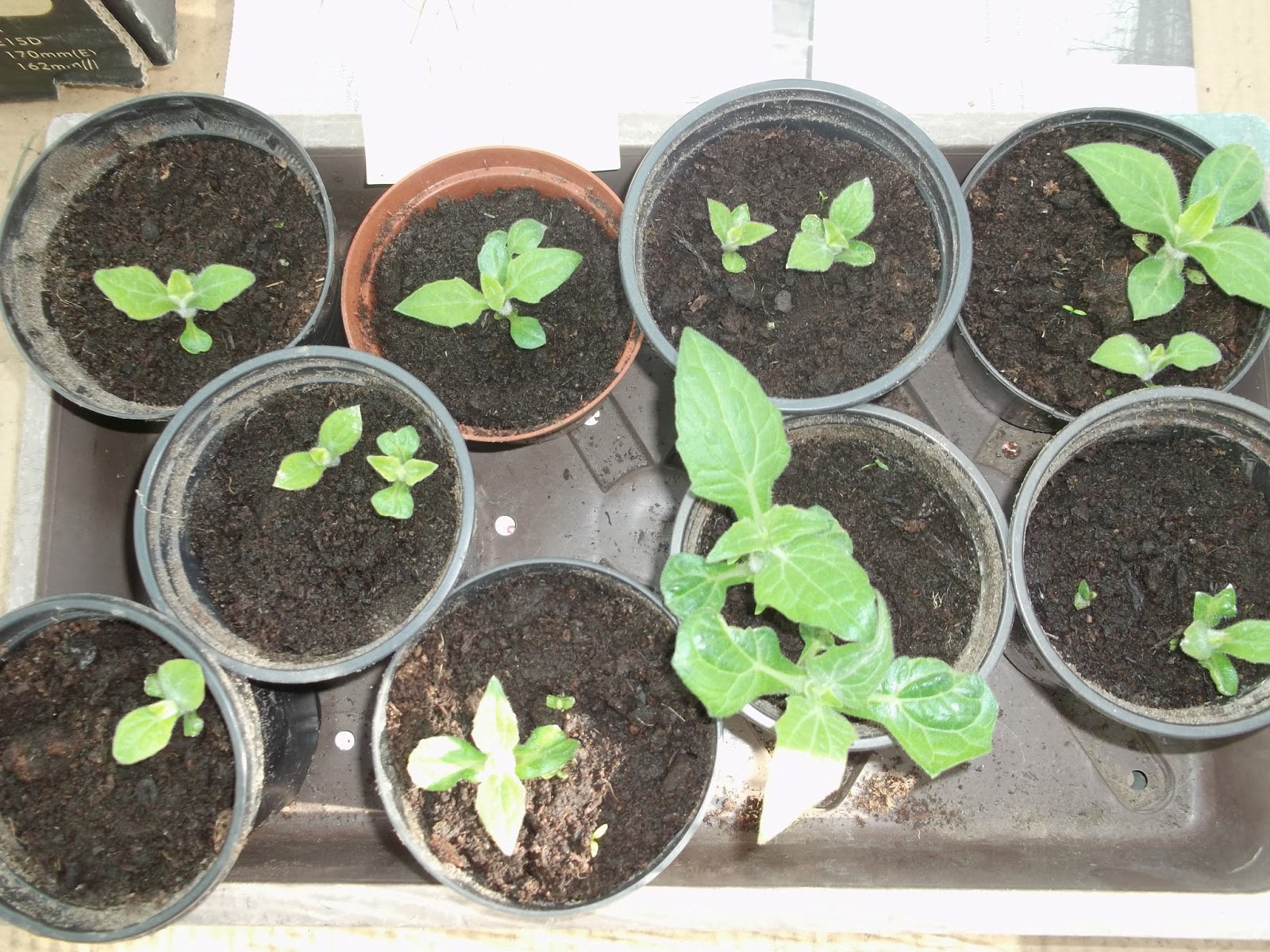 The tuber looks like a baking potato but apparently tastes more like a cross between apple and celery. Its high liquid content means it can be used to make a syrup. The tubers are a close relative of sunflowers and Jerusalem artichokes and grow up to 2 metres tall with yellow flowers.

The plant produces two types of underground tubers, small reddish rhizomes used for propagation (propagules) and large brown tubers for eating. The larger ones can weigh anything between 300 grams and a kilogram. Apparently any rhizomes left in the ground, in non-frosting areas, will re-emerge in the Spring. For frosting areas, brush off any soil and leave a couple of small tubers on kept tubers which will provide water for the propagules. Store in dryish compost with a perforated lid to avoid condensation in a warm area. Take out of storage in early Spring and remove propagules for planting individually into small pots. Grow on as needed until its time to plant them out.

Plant in loosened soil at 3 cm deep and about 100 cm apart. They do not appear to be too fussy and will apparently thrive in most soils but prefer a soil rich in organic matter. Mulch deeply and the plant will grow through the mulching. Has moderate water needs and needs to be kept moist rather than soggy. The plants reach maturity after about 6 months and are harvested after the flowers and stems die back. Apparently drying the tubers in the sun for up to 2 weeks will sweeten them.

The tubers can be enjoyed raw or juiced but can also be boiled, steamed or baked. Strips can also be sun dried to produce a sweet crunchy snack. However enjoyed the tubers have the added benefit of being high in fibre but low in calories.

Making Yacon syrup is a simple process. Twelve kilograms of tubers will make about one litre of syrup. Thoroughly was the tubers to remove all soil, peel, chop and blend in a food processor. Squeeze the pulp into a bowl to separate the juice and add the pulp to your compost. Put the juice into a large preserving pan and heat gently, removing any scum that floats on top. Continue heating for quite a few hours, stirring quite often, until the juice through evaporation reduces to a syrup. This may need to be done over a couple of days to get a thick syrup. The last step is to pour the syrup through a fine sieve, the thicker syrup left behind can be used as a sweetener in recipes requiring sugar. The fine syrup can be stored in a pre-sterilised jar in the fridge. Where it will keep for a year until your next yacon crop is ready.
Posted by cyprus gardener at 15:36