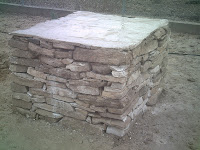 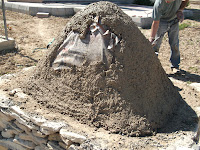 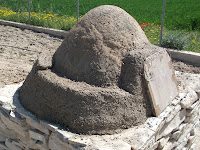 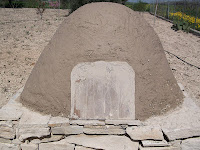 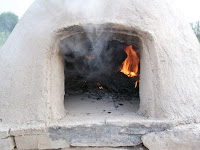 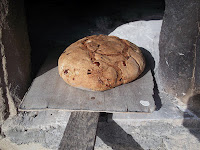 Step 7 - Test run - On Sunday 8th April we lit a large fire and kept adding wood to permit the fire to burn for two hours. We then removed the ashes and mopped out the oven floor before we baked four loafs of bread which took about 30 minutes. After the bread was baked, we baked some ginger biscuits in around 10 minutes and cooked a chicken casserole which was left in the oven for quite a few hours.
Posted by cyprus gardener at 17:55