11 Uses for Vegetable and Fruit Trimmings

Rather than just composting your vegetable and fruit peelings why not use them.  The peelings contain many nutrients and are full of flavour. However only use them if  you have grown them organically or buy organic produce which will ensure no pesticides or chemicals in the peelings, Here are some suggested uses in the kitchen and home.

1. Clean your teapot or kettle by adding lemon peel before boiling. Allow the water to cool completely before emptying and rinsing. The lemon peels will remove mineral deposits and tea stains.

2. Candy your watermelon rinds for a tasty treat. Follow the link http://cyprusgardener.blogspot.com/2012/01/candied-watermelon-rind-recipe.html

3. Make potato crisps with potato peelings by coating in olive oil and baking at 200c for about 10 minutes.

4. Make your own cleaner with orange peels by the following http://cyprusgardener.blogspot.com/2012/01/make-your-own-orange-peel-oil-cleaner.html

5. Make vegetable stock by boiling potato peels, corn cobs, celery leaves, onion skins, carrot peels, pea and bean pods, leek ends and herb stems. You can store trimmings in the freezer until you have enough for a stock and if you make a large amount freeze some stock for later use.

7. Make your own orange marmalade by following the recipe link.  http://cyprusgardener.blogspot.com/2011/07/how-to-make-your-own-orange-marmalade.html 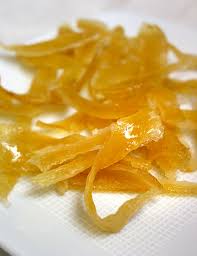 8. Make your own lemon tea by following the link.
http://cyprusgardener.blogspot.com/2013/03/make-your-own-powdered-lemon-tea.html

Posted by cyprus gardener at 07:13