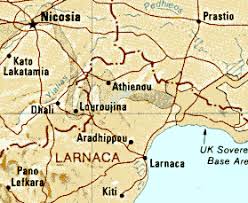 The village of Louroujina suffered a three hour power cut yesterday afternoon and it got me thinking, as other activities were restricted, as to how life without electricity was like in our village less than 100 years ago. We all know how inconvenient life becomes when our electricity is cut for only a few hours. We automatically do things and during a power cut find it hard to remember that the light switch will not produce instant light, the radio will not work or that we can't even run the shower without the electric pump. Our homes and lives have become so dependent on electricity it is really hard to imagine how life existed without it.

Lifestyles in our village have changed dramatically with the advent of electricity and our dependence on it for our everyday lives. Driving around Cyprus you see houses everywhere built high up in the hills where they have a beautiful view of the sea but just imagine without electricity how impossible life in such locations would be. Without electricity, locations were chosen for homes because of accessibility to water. Having water close to your home meant having a cool drink on a hot summers day. Before electricity, all water for drinking, washing and providing water for livestock had to be drawn from a well by hand.
Can we really imagine doing laundry without electricity? Drawing and carrying enough water from the well was a task in itself. We really can't imagine the time and effort put into doing a mere wash before our electric washing machines were available. 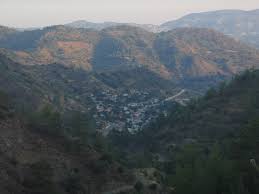 Homes were built in valleys instead of  hilltops also because of heating and cooling. Remember, there were no air conditioners to keep us cool on a very hot summers day. Also, during the winter the valley provided a much-needed reprieve from the strong winter winds. Our ancestors would surely think we had lost our minds to see where we build homes now.
Now, I wonder what our ancestors did for entertainment? There were no cinemas, televisions, CD players, or computers. Perhaps being without instant entertainment was why villagers spent hours in the local cafes or visiting other villagers. The advent of electricity has caused us to be less neighbourly as is easy for people to stay at home all day with the TV on for company.
Neighbours were not only for visiting and entertainment; they were also one of the main sources of news and gossip. Our ancestors did not have the luxury of choosing their neighbours, but it was almost imperative that they cooperate with each other. How many people today really visit their next door neighbours, or even know who they are?
I'm sure trying to imagine life without electricity is as difficult for us as would have been for our great-great grandparents to imagine life with electricity. Just as my thoughts were drifting on to another subject the power came back on and life resumed to normality.
Posted by cyprus gardener at 07:40