Gardening in Cyprus - Tasks for March 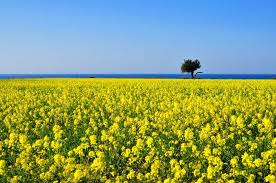 March is a spring like month in Cyprus and although temperatures can fall to as  low as 5c at night - day time temperatures can climb to 20c plus with an average of 7 hours of sunshine a day. March weather can be unpredictable but much needs to be done in the garden and it's not too hot to work. Fruit trees are in blossom, especially almonds which can be seen everywhere, and spring bulbs are flowering. March is sometimes referred to as the yellow month in Cyprus as wild yellow flowers can be seen growing all over the island. We have been fortunate with rain this winter and the soil is in good shape to start sowing. The following jobs should keep you busy throughout March and help you top up your vitamin D levels.

1.   Make and plant cuttings from geraniums, rosemary and sage
2.   Start a planned program of organic spraying of fruit trees coming into bud
3.   Sow carrots
4.   Start cucumbers in a propagator
5.   Sow climbing french, dwarf french, string, haricot and runner beans
6.   Don't have enough or want a later crop sow tomatoes in a propagator
7.   Sow molohiya
8.   Plant out previously germinated marrows, squashes etc
9.   Plant out spinach
10. A good month to plant out grape vines
11. Mid-month plant potatoes
12  Sow summer purslane a local favourite
13. Start majoram and chicory from seed indoors
14. Plant out lavender or rosemary plants
15. Plant out sweetcorn plants and start more in propagator for a later crop
16. Plant out tomato plants
17. Plant out kolokasi tubers
18. Sow chive seeds and or divide established clumps
19. Sow mid-month spring onions, beetroot and mustard greens, pak choi, rocket and salad leaves
20. Mulch goji berries with well rotted manure
21. Plant out egg plants, watermelons, melons and sweet potato during the third week
22. Plant out chrysanthemums
23. Prune grapefruit, persimmon, pomegranate, pear, citrus, almonds, apricot, nectarine and peach
24. Mulch apples, passion fruit and mulberries to the trees spread but keep away from the trunk
25. Sow lettuce plants out and start more seedlings for a continual crop
26. Towards the end of the month plant out pepper plants
27. Start more egg plants in the propagator for a later crop
28. Sow soya beans
29. Sow coriander
30. Plant out comfrey, fennel, lemon balm, peppermint, sage, dill, oregano, borage etc
31. Alternatively start herbs from seed
32. Try something new - consider growing from seed or planting liquorice (glycyrrhiza glabra) from which the sweet root, which is sweeter than sugar, is extracted and processed. The plant is native to Southern Europe and is a member of the legume family. It is a herbaceous perennial and can grow to one metre in height with long purplish flowers. Best grown in a deep, fertile and well drained soil. The root is harvested three years after planting during the autumn.


Happy gardening and remember it's safer to grow your own. For further advice  go to cyprusgardener.co.uk
Posted by cyprus gardener at 08:02